From now on, all elbe-related news will be published directly on our team webpage at TUHH, http://www.tuhh.de/elbe, and on Facebook, see the elbe badge below.

The elbe team will present several elbe-related results at the sixth Conference on Computational Methods in Marine Engineering (Marine 2015) in Rome. Both talks are scheduled in the CFD II session on Wednesday morning:

Moreover, there will be three other talks from our FDS team: Prof. Rung will kick off the conference with a keynote on “Predictive Prospects of Marine-Engineering Simulations” (Monday, 09:00 – 09:45). Wibke Wriggers will talk about “Numerical Modelling of Granular Cargo on Bulk Carriers in Seaway” (Tuesday, 09:30 – 10:40) and Svenja Völkner will present “An overset-grid three-phase flow model for offshore operations” (Wednesday, 11:10 – 13:00). 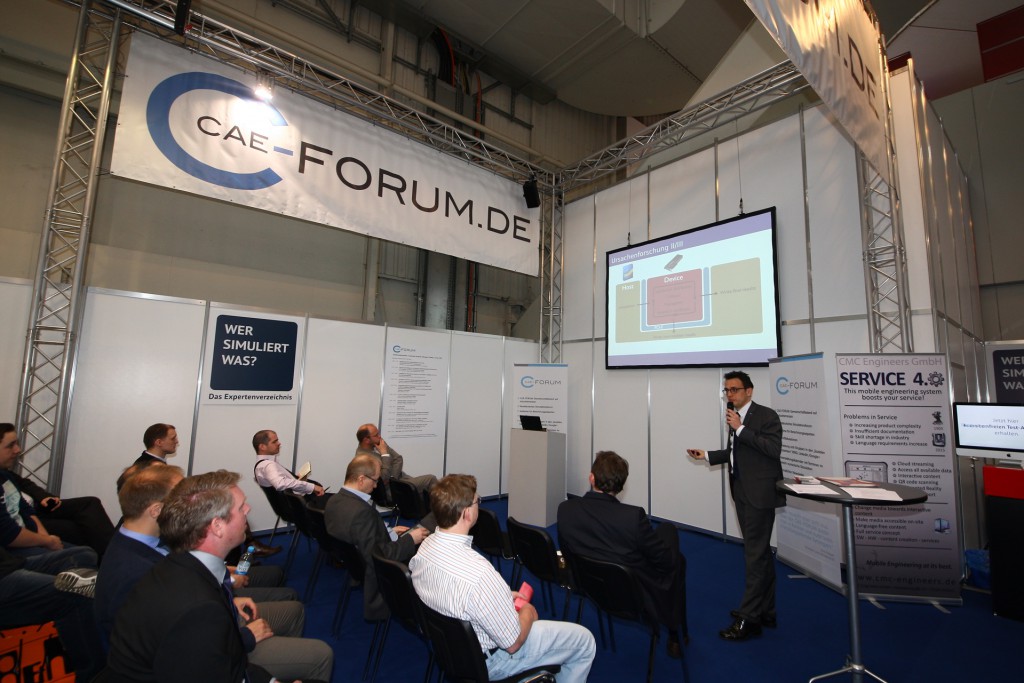 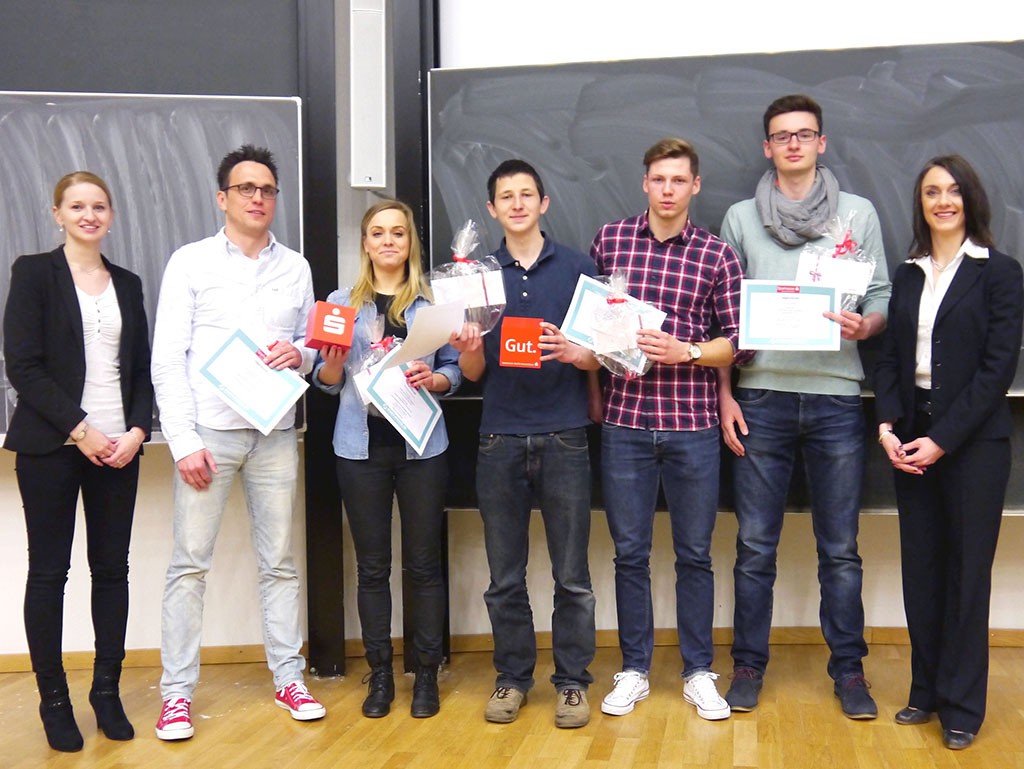 Hamburg, Germany — January 8, 2015 — Hamburg University of Technology (TUHH) today announced that it has been named a CUDA® Research Center by NVIDIA, the world leader in visual computing.

The CUDA parallel programming model is an important element of the NVIDIA accelerated computing platform, the leading platform for accelerating data analytics and scientific computing. CUDA enables programmers to achieve dramatic increases in computing performance by harnessing the power of NVIDIA® GPU accelerators.

CUDA Research Centers are institutions that embrace and utilize GPU-accelerated computing across multiple research fields, and are at the forefront of some of the world’s most innovative and important scientific research. Hamburg University of Technology (TUHH) was recognized for its advanced research in computational fluid dynamics at the Institute for Fluid Dynamics and Ship Theory using GPU accelerators. Emphasis is put on Lattice Boltzmann simulations of two-phase flows in conjunction with dynamic overset grids for multiple floating bodies. Applications are primarily marine and ocean engineering oriented, e.g. simulation based early Tsunami warning systems or ice-going ship operations.

Supercomputing on the Desktop offers a new arena for the application of simulation based sciences to a broad range of future challenges, and might have a substantial social and economic impact, says Prof. Garabed Antranikian, President of the TUHH. This designation recognizes the excellence of TUHH at the scientific interplay between engineering, computer science and applied mathematics.

Research is aiming at near real-time simulations and online data exploration using GPU accelerator technology to derive next generation kinetic flow solvers. The vision of the Computational Fluid Dynamics team is to participate in the paradigm shift from traditional mainframes towards office supercomputing.
As a CUDA Research Center, TUHH will have pre-release access to NVIDIA GPU hardware and software, the opportunity to attend exclusive events with key researchers and academics, a designated NVIDIA technical liaison, and access to specialized online and in-person training sessions.

The CUDA Research Center at TUHH is associated with the Institute for Fluid Dynamics and Ship Theory (FDS) and the CUDA-accelerated flow solver elbe. 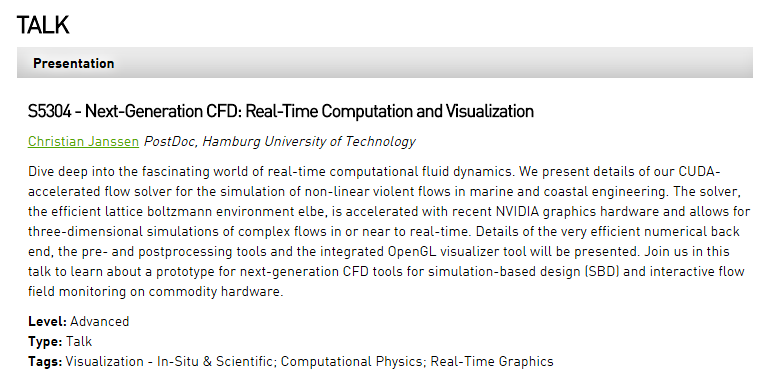 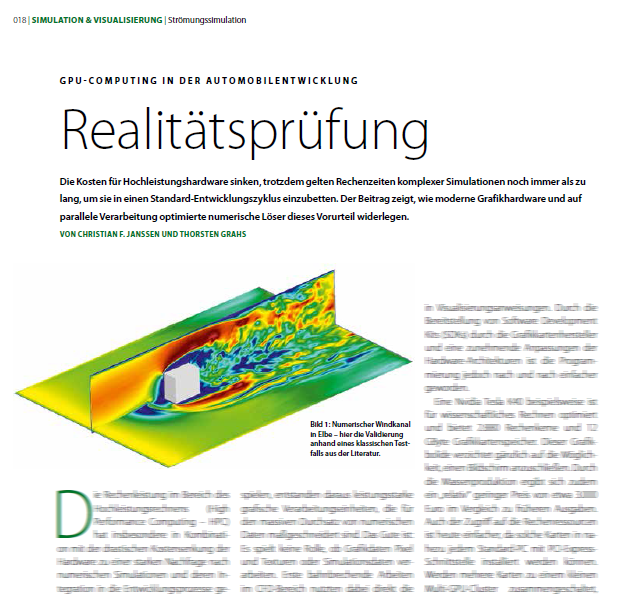 In March 2014, 50 years after the 1964 Alaska earthquake and Tsunami, Ocean Networks Canada organized a two-day technical workshop on Tsunami modeling. The workshop covered advanced modeling and prediction technologies for real-time Tsunami forecasting, detection and alerts. In this context, I presented the potential of the elbe solver for efficient and accurate simulations of wave impact and wave-structure interactions in complex three-dimensional topologies, which can be a valuable contribution to Tsunami warning systems in British Columbia.

Further details and the workshop agenda can be found at ONC Tsunami Workshop 2014. 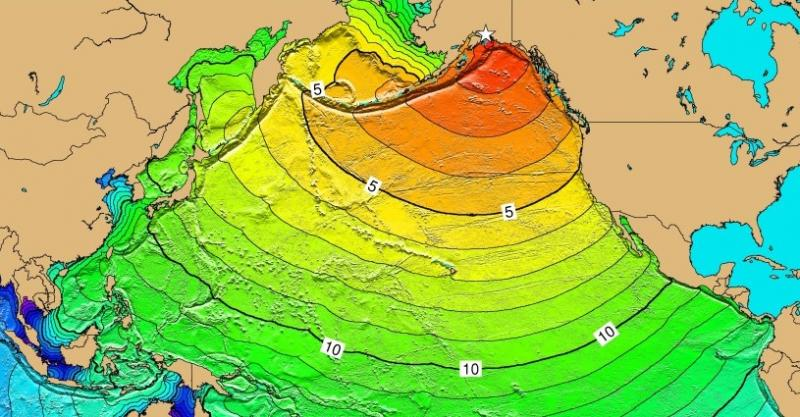 We recently tested and implemented a grid refinement strategy in the LBM solver elbe. First, the concept was tested in the two-dimensional singlephase module elbeSP2D. The velocity field of a 2D Karman Vortex Street at Re 500 is shown below. After a proper validation of the grid coupling, the interpolation routines will be included in all the remaining elbe modules, including those for free surface and multiphase flows. 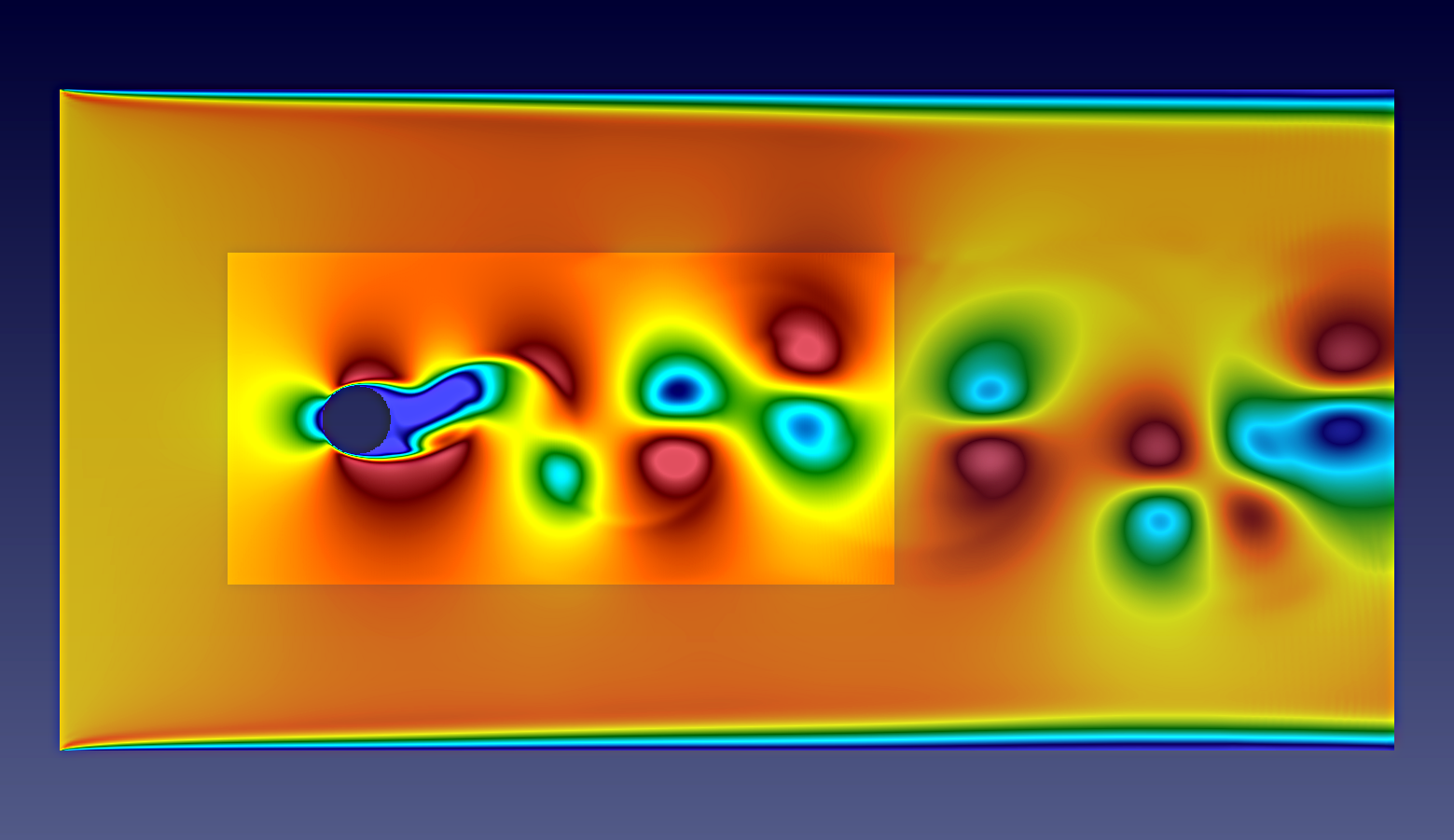 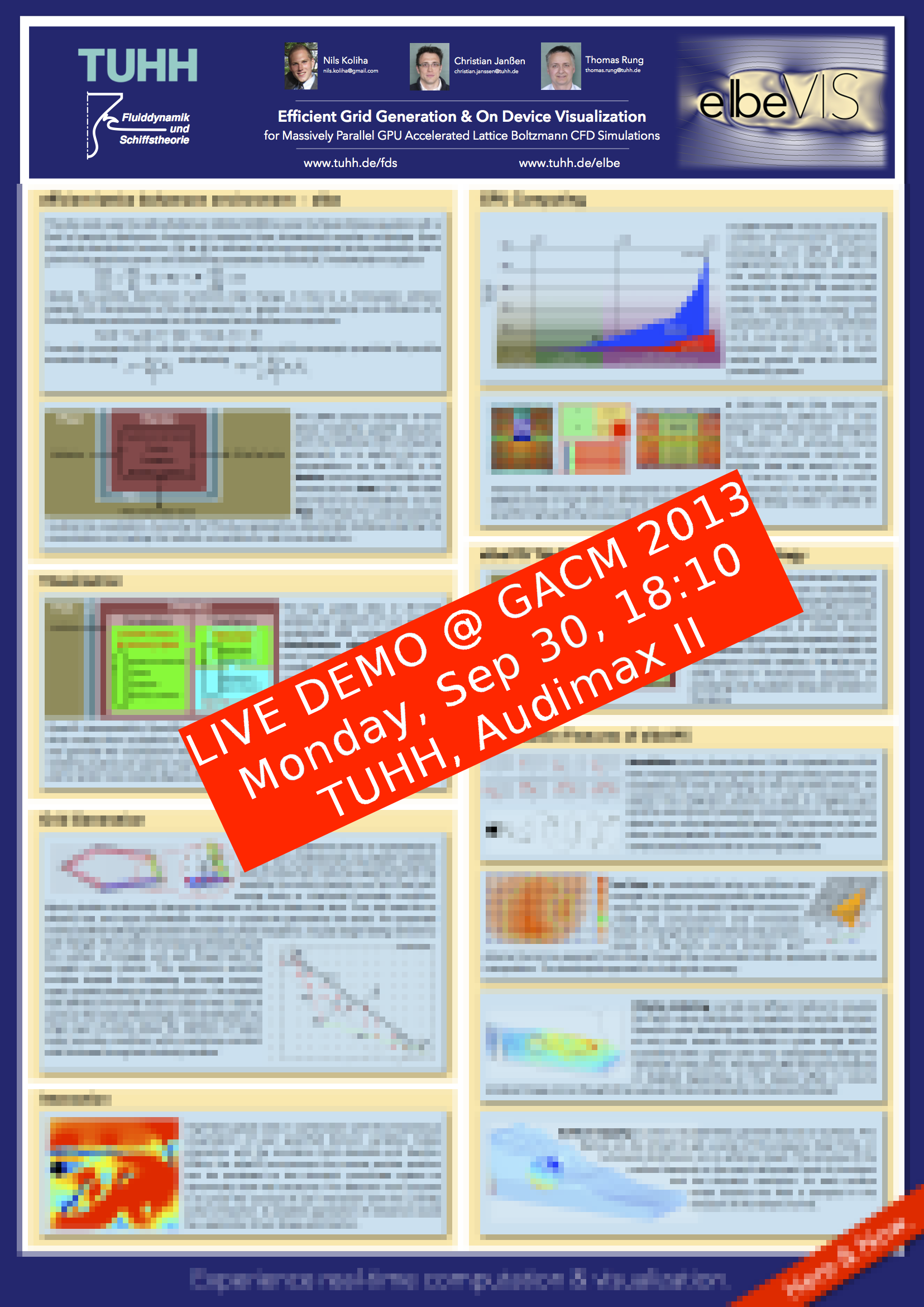